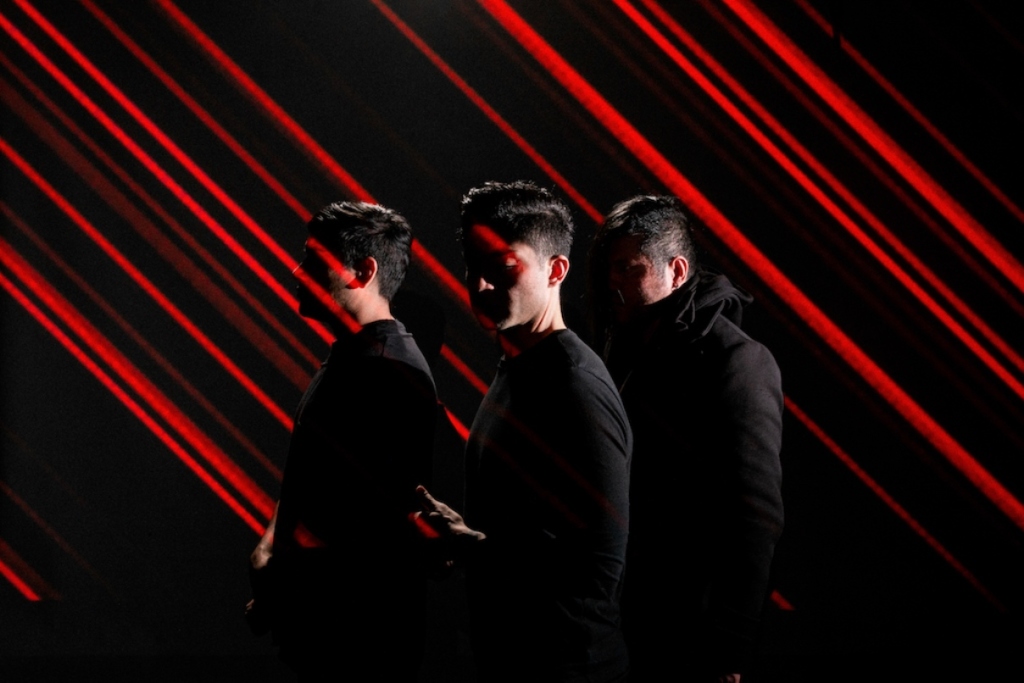 In a no-nonsense, no dead-weight, zero-fat slab of techno-touched new wave electro, Matte Blvck deliver the gristle. With throwbacks to The Faint, Depeche Mode at their harshest, and with hints of the brute force of Fukkk Offf , San Diego’s never sounded so dirty.

It’s a soundtrack to sinister pleasures. In a time honoured view of a goth coloured future, underground clubs are pulsating. Red strobes and smoke mix with sweat covered flesh in the heat and the steam of it all. This might not be the newest of end of days imagery, but it still stands as the most seductive.

Industrial bass driven synthsounds, tough grinding beats that propel, all parts are thickened and heavy. Vocals are twisted into euphoric samples that brighten the track’s darkened corners. And throughout the track, through the rough blunted sounds, a voice just as low and laden with angst as anything from Dave Gahan or Trent Reznor, it serves as the song’s human anchor.

It’s tough not to be sucked in by ‘Bare‘, it’s that mix of familiar mechanical force with an ever-cool 80s aesthetic. When played and lined up with last single, a more spacious take on the same themes and textures, with dare I say synthpop kissed breakdowns, we get the feel of an album in waiting. Will it be as relentless ‘Bare‘? Or will it loosen the structures like ‘Pure‘? We’ll find out just as soon as it comes.