Analogue maps of waking states, organic contortions and textures…. Breakbeat and jungle get stripped to essentials, then stripped down again to an essence.

You might not pick out the paths that brought Sam Sharp here as Lossy; Composer, producer, curator. Big band sax player, a masters in jazz, session work and tour credits that include among others Lou Rhodes from Lamb, Radiohead’s Phil Selby and Beverly Knight …plus a host of inclusive remixes and projects. You might not pick out these steps as you breathe in these tracks but once known they all fall into place.

Gated Soul lives in the type of half-light where you still catch the outlines of objects and rooms, where eyes and minds act up to flesh out the rest. A colour-wheel of dark shades where the edges are lit, organic sounds under crystalline clicks, move happy and swooning and barely awake while the world outside slowly creeps into yours.

Breakbeat and jungle get stripped to essentials, then stripped down again to an essence. Metallic rattles, harsh fractured hisses, melted chords and drowsy tones, all designed to induce a new in-between state.  It’s easy to drift through this four -track EP, to get lost in its catch and release.

Blues for Jekyll begins with an ambient plush, those melted chords swirl beneath emphasised shakes and we’re somewhere near chillwave and trance. It’s spacious and sharp, intimate, brooding. A smooth Q and A between warm and pristine builds as new lines and disguised variations get stirred in like new shades of paint. There’s no lift and drop in the sense you expect, more the crumpling and straitening of textures.

Last River threatens to break through the peace with its clattering metalwork intro. Hisses refined into percussive snaps give way to an 808-style rounded bass line. Each note has the slightest of thuds, each part of each melody clicks, we’re lulled back into comfort when all parts collide and we’re lost in the pitch-shifted rhythms. Euphoric notes descend and ascend and begin to chase their own tails, as a bent single note lightly thread its way through and all sounds start to soften and glow. Fireflies comes to mind as light flicks in and out, appearing and leaving once seen.

These small hits of wonder that wrap themselves up and live quick in their place and position continue into Hocus Pocus. Now familiar textures sweep around glimmering but here there’s more space between to move freely.  It’s a simplified stretch and unflashy.  Snatches of silence rest up between sections, apart from a programmed stray beat. Horns take the place of Last River’s synth-waterfalls and the effect of the organic grounds you… They’re not overused and they’re brief in their stay, just a simple refrain that you catch and let loose, that might come back around if you’re lucky. This might be the least demanding song here but it shines in its lush simple sounds.

And don’t let those simple sounds fool you. No single sound here is an accident. Every minute projection of timing and tone has been constructed, refined and crafted. As the closing track opens, To The Woods tricks us into a breezy and bleary eyed ending, like the end of the EP is our now-wide-awake with soft organ chords played out broken and open with woodwind and brass overhead. And just as you think you have surfaced, like the rest of the fireflies they’re gone, replaced by a scattered 16-Bit glitch and a spiral of slivers and beats.

Gated Soul might not directly transport you to some altered place or new world, but Lossy has made a world that sits right next to ours and it just might seep through if you half close your eyes.

Gaited Soul is out now on streaming and download. Find music and news all updates right here.

Thanks to I’m Not From London for sending my way. 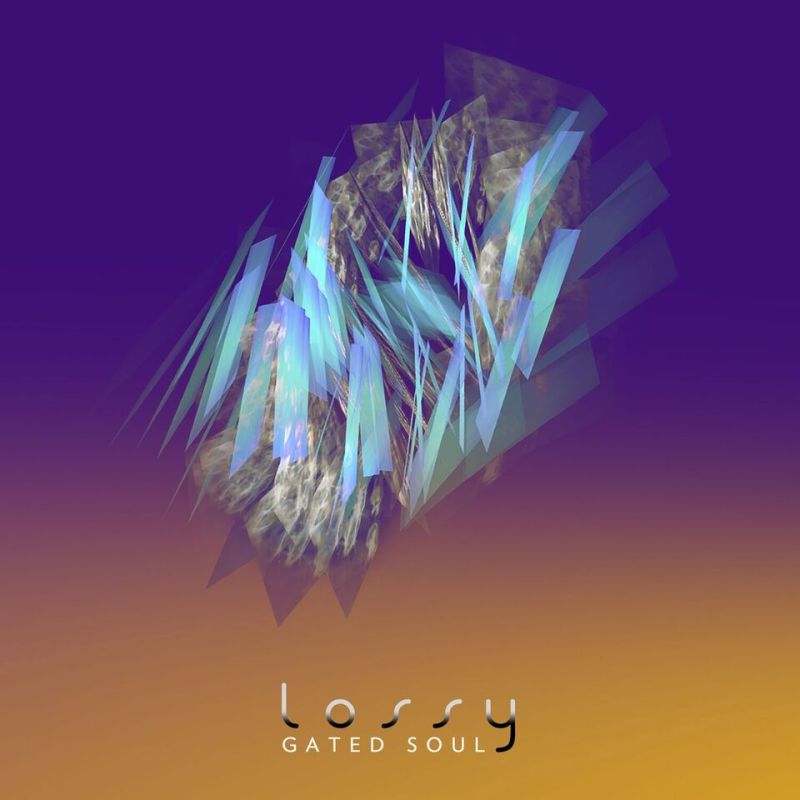 Help Support Rats On The Run

It takes time, love and passion to keep listening, writing and reviewing your music. To keep this site ad-free, to help us keep pushing, all and any donations are more than warmly welcomed.