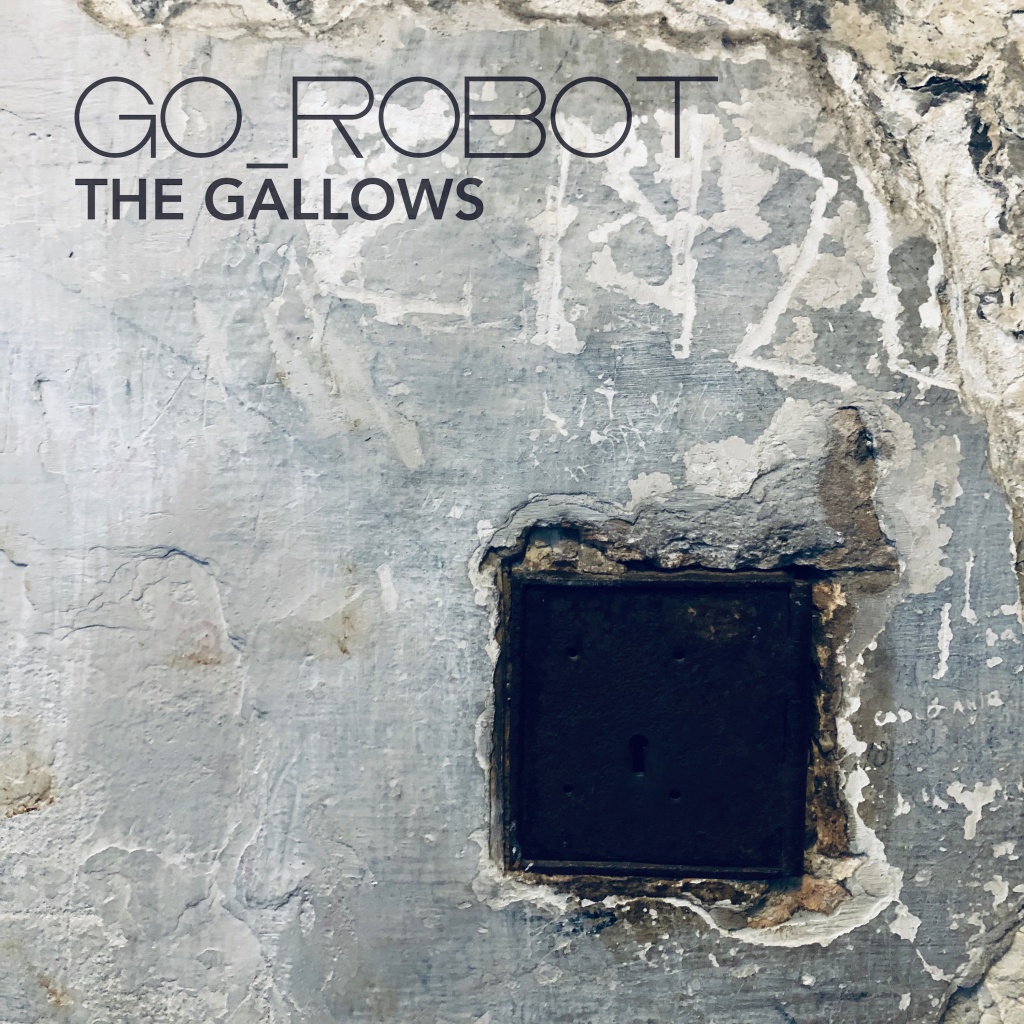 Back in June of this year, it was my pleasure to write up what became an essay on a single called ‘Smoke’ by Go Robot. It drifted and swayed to a stop motion jitter that swooned with unease and light beauty. Today as I type a new track is released, another stand alone song called ‘The Gallows’. I’m almost nervous of listening, almost scared of breaking some natural, imaginary, intrinsic link that built up while I wrote that review.

The good news… that link isn’t broke. ‘The Gallows’ shares and occupies the same space that ‘Smoke’ did some five months ago; the same sense of still held-to child-like bewilderment, the same unfeigned innocent feel. Only this time it’s darkness we head towards, not the light that resolved their last single. Whereas ‘Smoke‘ recognised a need to be wanted and a need to hear ‘hey, it’s ok’, ‘The Gallows’ sees the same value in unanswerable questions and the need to look back and regret.

Piano chords open, simple and sparse, paired with soft weighted synthesised rhythms. A voice that retains both an adult aged sadness and a soft open tone starts to bring a lost love into focus. It sounds like memory, served as an episode; contained and unfixable, best left as is and with untieds intact. As surroundings layer up around swathes of warm colours that twist between cold ache and warmth, there’s traces of light and residual heat and a cool glint of absolute blame.

This tiptoe between is what’s special. Knowing that we can go both ways at once leaves us teetering out of and over. By the time the song binds up its silk shining threads, made of rhythms and pulses and looped modulations, we can feel the soft pull each direction.

From abstract to pin point we switch through the views as we choose how to look back on something unsolved. “You move me from ocean to ocean / Arrest me with tear gas and zip ties”… “You kiss me with one eye open / you strip me for spare parts”. These could be mournful, self pitying words, here they’re clean, somehow kept free of either. Even as the song builds to something like a climax, where instead of a grandiose swelling of sounds there’s a hard kept composed concentration, no part of those competing feelings take over; there’s no crash landing one side or other.

That intensity builds, it’s immersive. We stay filmic without cinematic. As their signature jitter and judder gives way to a more concrete set resolution, we fade out without wanting for outcomes. What I’d give for this song to be longer. How I’d love to see these themes explored. Those neatly placed textures just start to unravel when they burn out slow glowing and frayed.

But sometimes it’s ok just to look. And something’s are best fixed by not fixing. In a song based on seeing a sexual addiction as a fault not a symptom or failing, I still haven’t twigged who the gallows were for… maybe it’s best just to hang things to dry.

‘The Gallows’ is out now to download and stream. And this track and others from featured releases can found on Rats On Run Radio.