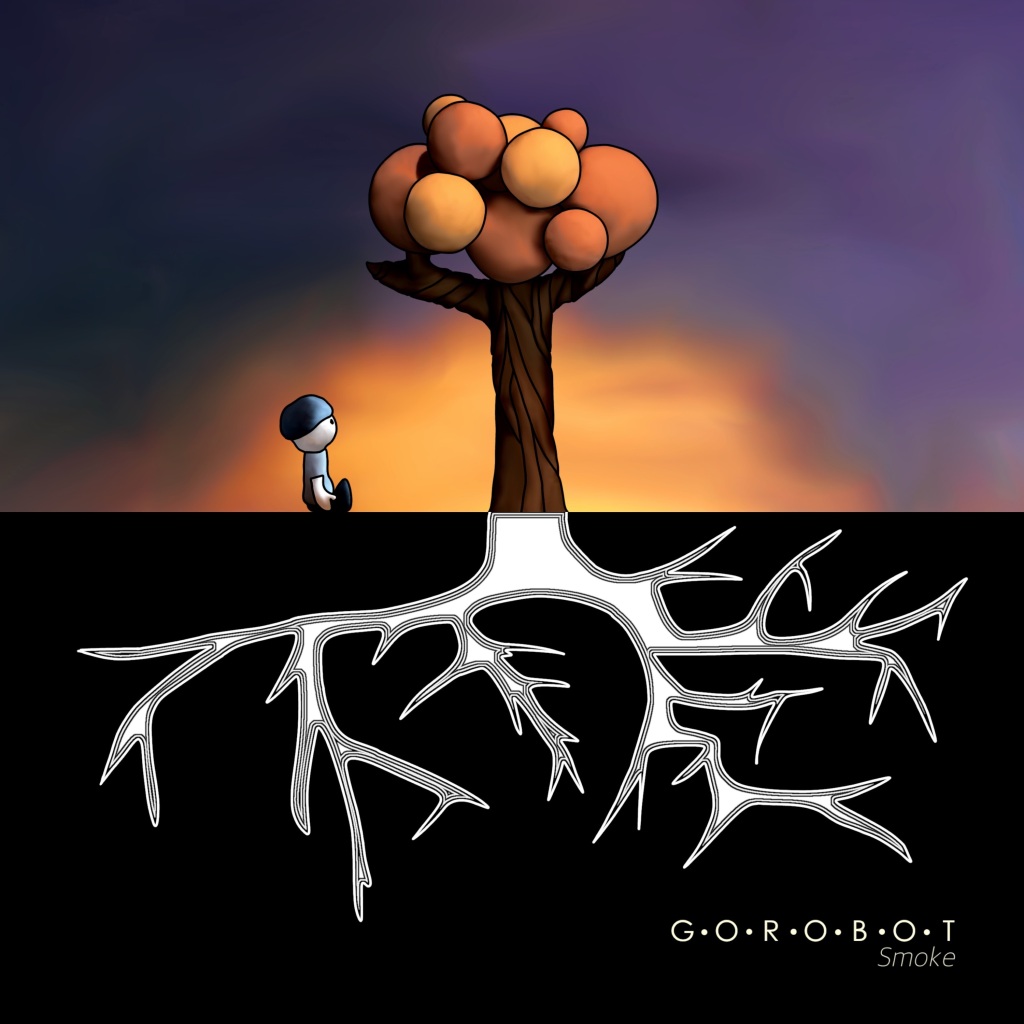 As we tiptoe through sadness and calm, where security is yours for the taking, the song is at once unremarkable yet… once over is instantly missed.

Lost in Space has spawned much since it’s mid 60’s run;  remakes and movies and Netflix reimaginings. But none have made good on that low budget camp and it’s worn naive charm and appeal. At least not until now and Go Robot, whose first single ‘Smoke’ sounds three steps out of place; deep in nostalgia and sepia tones, steeped in beginnings and endings. There’s no ego, no spite and no anger, no ex and no call to stand up and get sassy, no soul searching, no self praise or loathing. Instead there’s a comforting wrap around warmth that understands hurt and assures.

From the outset and band name (its call of support for the ridiculed Lost In Space Robot; the ‘calamitous contraption’, the ‘cowardly clump’ that never stands up for itself), we align with the beat-up and trod-on. In a place that bewilders, intimidates and disappoints, ‘Smoke’ tells us lost is OK. Lost in ambition. Lost among failures. Lost in the dust made of plans come unstuck either by fault or bad luck.

Because some things aren’t meant to work out. Those growing pain dreams of floating through starts, being a cowboy or whip-clad archaeologist, they’re designed to fade down over time. But most adults know that they don’t, they get squeezed down and shrunk and refined. I was a late 31 years of age when I realised that I wouldn’t get to the moon… but as cute as that sounds (it was not cute to me) I’m glad ‘Smoke’ tells me this is just fine.

It’s stitched into the gentle swell-shimmer of synths, weaved into the light plucked acoustic guitars. In the strings’ happy weep between soft Game Boy glitches, honeyed sympathy breeds reassurance. As we drift in thin textures through minor chord dreamstates, there’s an off-static breeze of unease; half warning, half warmth, analogue bass against crystalline sounds, earth grounding organics at heart.

But Go Robot wisely tread light on emotion. Neither pushy nor coy in the uplift, neither grudging nor sunk in their lows. The result is a track that’s a balancing act between a curious, cautious new optimism and a slow-burning realisation. It’s a snapshot of aging and all that it takes – just as much as all that it gives. As we tiptoe through sadness and calm, where security is yours for the taking, the song is at once unremarkable yet… once over is instantly missed. Those meandering surges and breaks, mournful single and ensemble strings, the propulsive percussion like the rattle of leaves and the colours of sunrise and sundown, they’re designed to console and relieve.

My mind leaps to other lost cautionary tales that create the same balance and tone; as with The Little Prince moving his chair to catch sunsets again and again, within ‘Smoke’ the light’s never long gone. It seems Go Robot know, or at least understand, that sunsets looks best when your sad.

And that same warmth and glow moves and soaks through the video that completes this new single set; a stop motion jitter and a just off-smooth glitch snaps in line with the soft electronics. Again there’s an imperfect sweetness, again I’m sucked in to the succour on hand. 4,000 still pictures in under four minutes show a plasticine boy in a cut paper world look for some kind of sense or belonging… There’s no payoff as grand as those childhood ambitions but sometimes those small things win out. Just like sometimes it’s OK to fail, sometimes what you get’s just as good.

It’s a message from partners and parents, from friends and/or siblings or lovers… but from strangers in song it’s a welcome reminder not to beat yourself up and breathe easy. It’s the best least cool thing to have said.

Go Robot’s new single ‘Smoke’ is out now.
It’s available to stream here on Spotify. Watch on YouTube and find them on Insta.