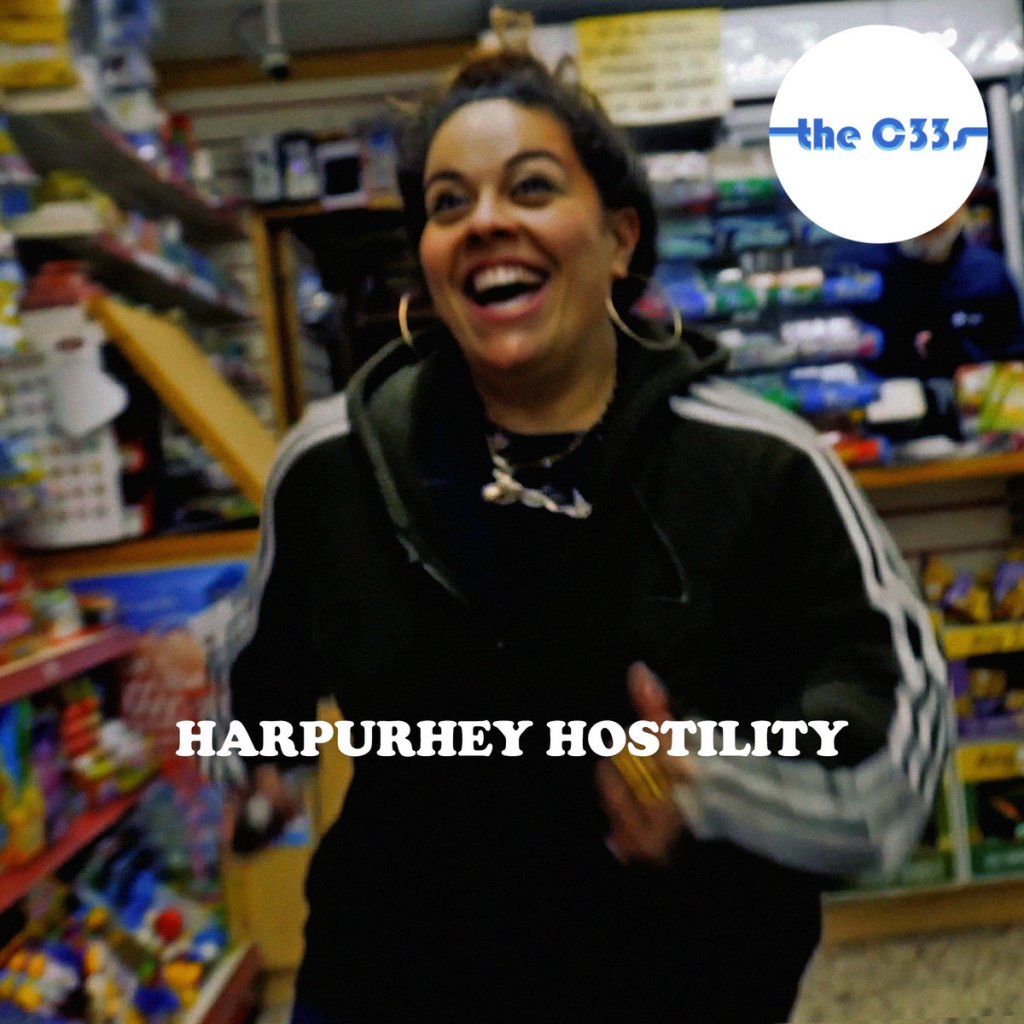 Last July’s ‘Big Winner’ indoctrinated me into The C33s. Their rattlesnake schlock’n’roll melted B-movie surf into spittle and trash, and the sound that came out was seductive. Now we’re here a year later (there’s been releases between), and that trash-garage kick’s been cranked up. ‘Harpurhey Hostility’ is A blast of a punk and psycho heat that drips with old New York charisma.

It’s a mean bristling single that yells, howls and slams through its reverb soaked riffs as they crash against punch-pummel drums. There’s beach-guitars galore, a cool 60s organ, there’s a blistering speed to the track. And the vocals that wail, shriek and bawl through the song, they’re the playful aggression and anger.

Judy Jones and Cav Green throw their hollers and cries into twisted B52 shapes, and while they hammer drums and guitars respectively, Ste Philips provides bassline adrenaline. Between them they teeter on garage, psychobilly, and CBGB’s golden era. They’re a throwback and homage to drive-in monster movies, dimly-lit back-street theatres and the scuzziest Americana.

As we blast through the track and hear their love of The Cramps and all of those rock’n’roll offshoots, we forget where C33s come from… The Monster from the North West of England. The video that goes with shows the grit of UK that we keep off our billboards and postcards, and that grit brings us back to the punk fuel of anger, that’s where all of the best records come from.

‘Harpurhey Hostility’ is out now. See the video below and find this and the best of other features artists right here on Rats on Run Radio.