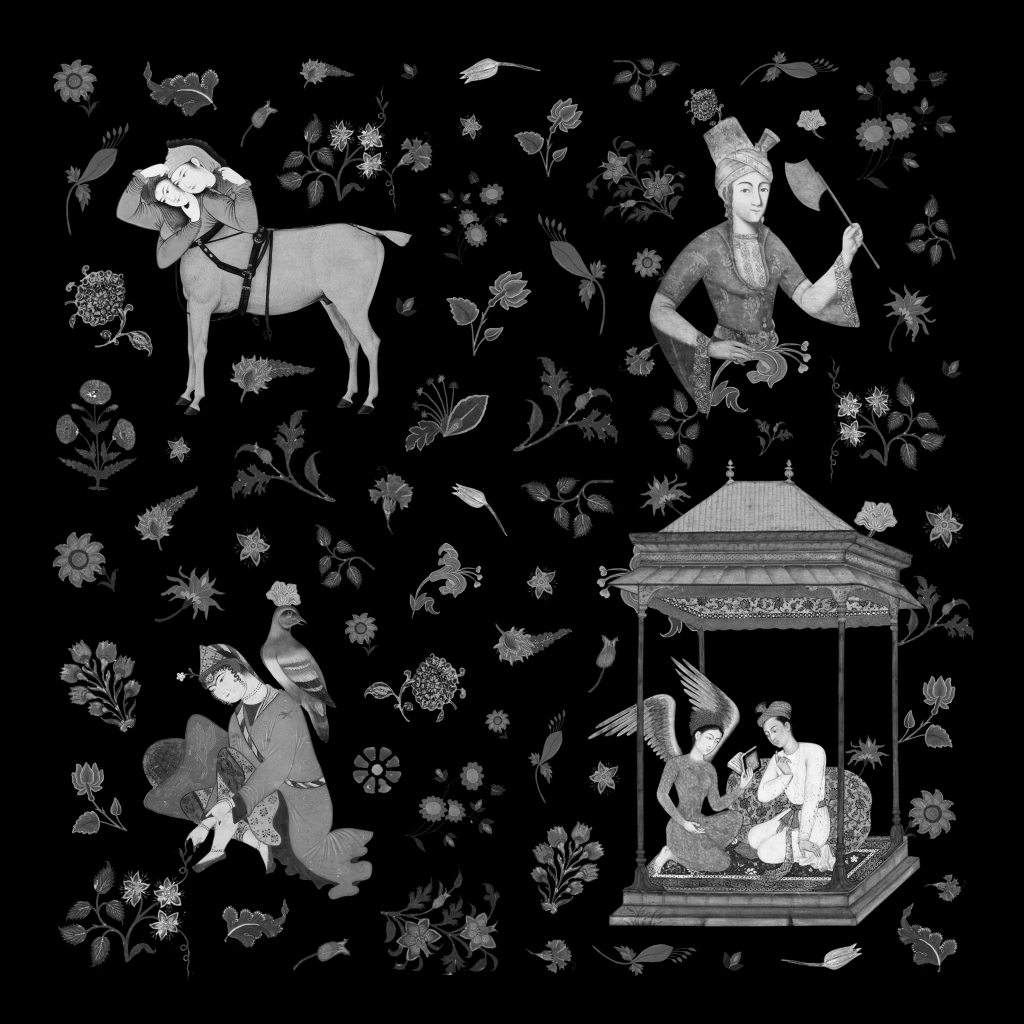 A band got in touch and something lingered. The album was ‘Khwab’, the band was Minaxi; a Brooklyn take on westcoast grunge and shoegaze, bilingual in English and Hindi. The thickness of noise made by swamped out guitars recalled early Pixies and Yuck. In the background a cool This Mortal Coil ambience, in the foreground a nu-90’s grunge.

A review would have been written about that release had there not been three more on the way. A trilogy of EPs, one roughly per month, this is Minaxi’s complete Zia Fantasy.

The first major shift is production. The fuzz and the lofi of first album ‘Khwab’ is replaced by a new slickened feel. That ethereal shoegaze and plush 90s lushness of Slowdive and Ride, it permeates every grind, every twist. From the opening whispering synths of ‘Theresa’, we move into a soft cosmic landscape. Silky rich sounds coat occasional keys, layers of echo and reverb coalesce around feedback, and the track forms its own sense of movement. Throughout its cool glide there’s a gently hushed voice that flows with an ease between textures. This is already a different Minaxi.

These refinements in style and production continue through ‘Luna’s four tracks. ‘Thistle Toe’ picks up on ‘Theresa’s ambience, and brings Cauctau Twins guitars to the mix. This is cleaner, more driven, more focused. With a warm 80s glow on distinctly 90s indie, there’s a feel of a new coming through.

‘It’s Got Me’ could sit on some gone compilation of soft sugared feedback and felt, this song could be from any time within last two decades, the soundtrack to up-too-late evenings. Reversed guitars share their noise with the warm sweeps and swells that build through the track later on. And while the song doesn’t bite you or snap at your heels, its slow pull is its familiar feel.

As a closure there’s ‘Naina’, a cool meditation of pianos and pinches that wrap around light atmospherics. We get caught and lost, both in the movements of pop-postrock dreamwave, and in the words of a language unknown. Not knowing the meanings but drifting through their sounds has a strangely hypnotic effect. I repeat, this is a different Minaxi.