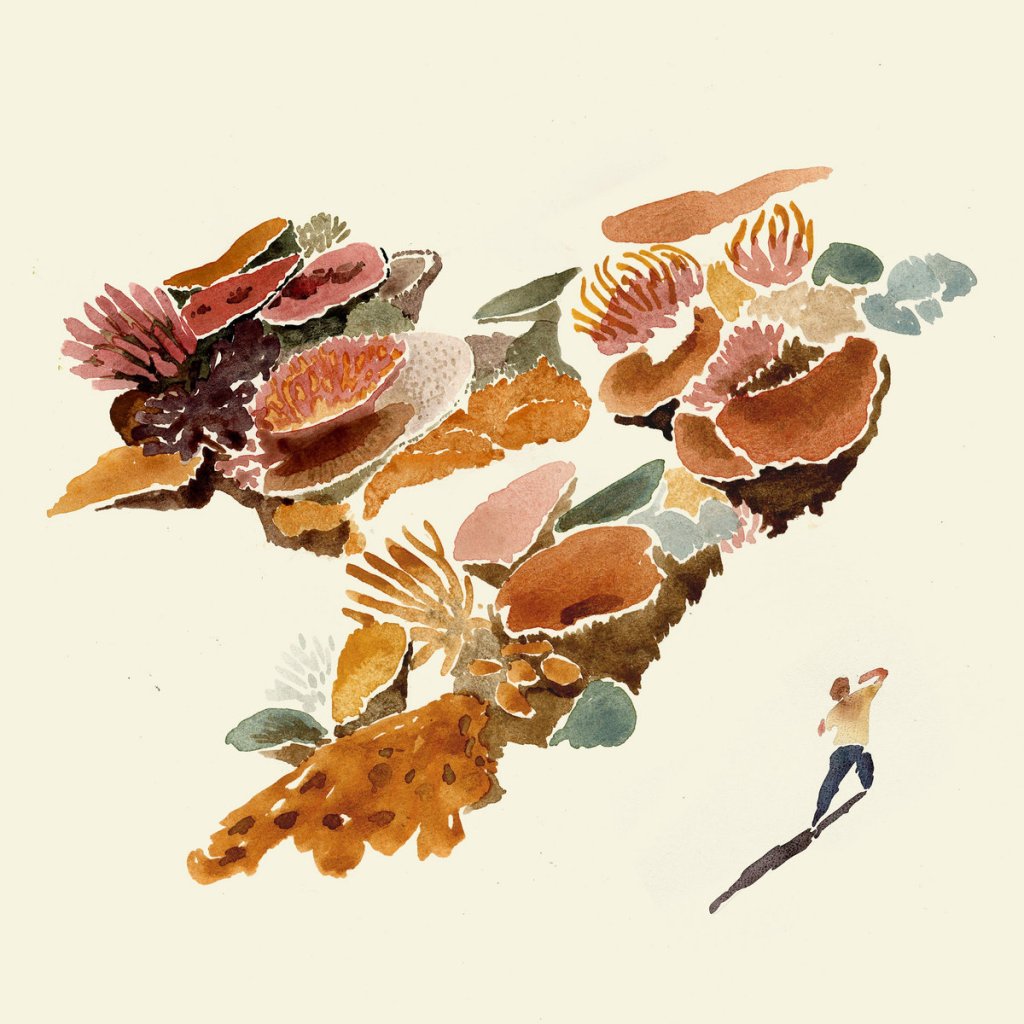 Frank Rabeyrolles has patience. It comes across in the shine and the curious soundscapes that make up ‘A Ghost by the Sea‘. Nothing here’s rushed, there’s no rough edge to stick on, it’s glide of smooth movements and textures. Half synthwave, half chill, there’s meander and flow, but that doesn’t mean everything’s comfy. There are sombre and ominous hints and inflections that keep us from feeling too easy.

Amongst the darkest of tracks is ‘Oscillation‘; a brood of prog electronics that tie Pink Floyd to Vangelis with glimmer of synthhorror soundtracks. Basslines stalk kick drums that maintain a slow boil of reverb, modulations and echo, clicks buzz and pop while they flick left to right, and the mood never drops less than tense. It’s persistent with pressurised burnt atmospherics, a showcase of the haze before panic. It’s a midsection twist from the rest of the EP where things start and end lighter and cooler.

‘Child Fiction‘ lands early with a sweet 70s organ that runs like a lounge take on funk. There’s something welcome and dirty in the way the notes hang as bass tones run and hum underneath. It might only 1 minute 44 of sound but it leads perfectly into the next, which might be the brightest song here. ‘Try Happiness‘ is not only the brightest, but nicest, and holds the EP’s most compelling moments.

As it grows, spins and twists, we head back the callcards of retro chillwave and warm glitch. All those post pop releases of Air, Zero 7, and the albums that came once their fame had died down and their music became something better, there’s that same take on texture and play. Synthlines invite you, some warble and sooth, others cut through in more jagged hits. It’s with a cynical smile we assume happiness didn’t work with the dark sounds that grind in right after.

So with patience and intrigue, open haze and synth-fear, there is plenty to dig deep and wade through. And once you head back and listen to previous releases, and albums of tweak-pop and indie, that intrigue turns to straight curiosity. Is this a lurch to the left or an artist in flux? Either way, there’s a wealth of fine music.