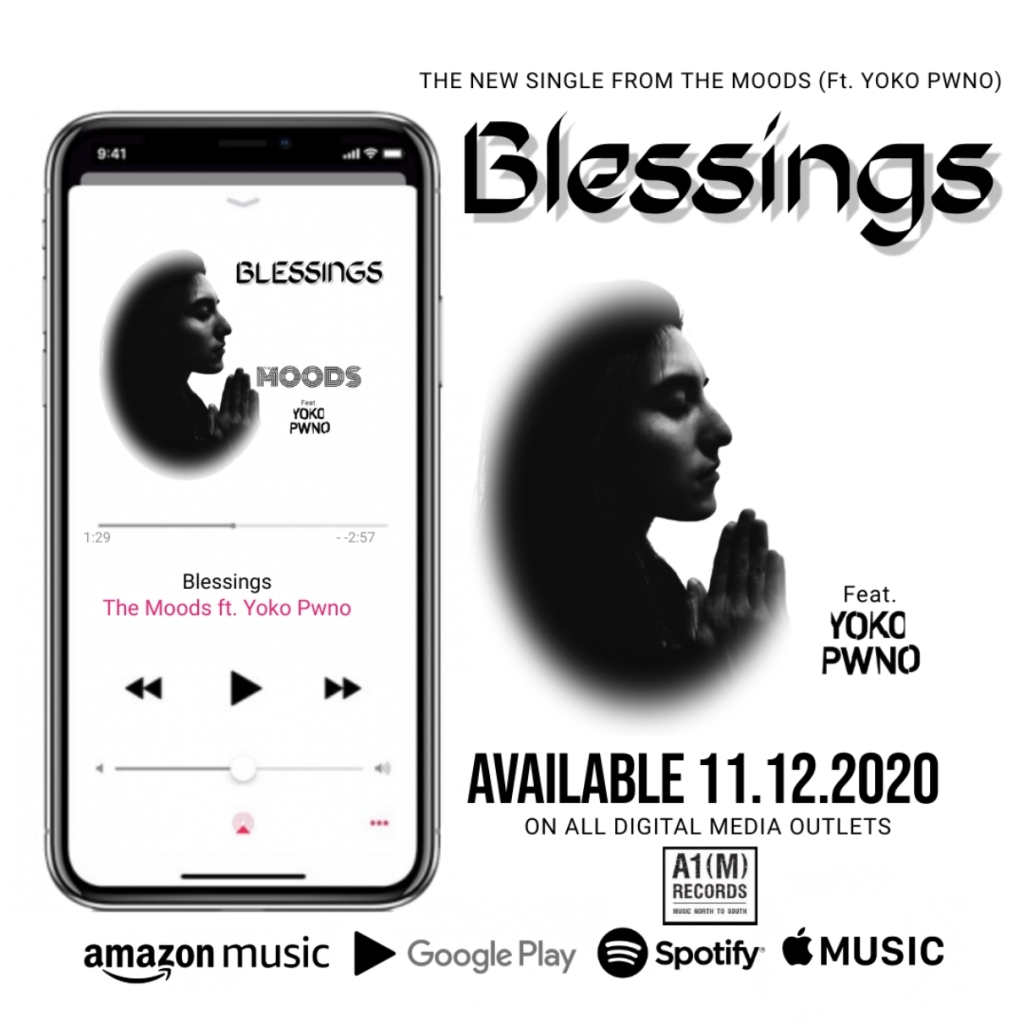 ROTR Catch Up is me trying my best to round up the music and sounds and cacophonies that 2020 got in the way of. So many submissions, so much great noise to toy with, but like rest of the world, plans got beat. I’ll do as many of these as I can. They may be brief but no less loved and praised. And now I’m gladly introducing The Moods.

Blessings has been on my staple-diet listening since it came my way early December. It’s a crushed lump of retro rave bliss. Early 90s aggression bleeds and pumps through the sounds that blister and pop like a white label vinyl that’s pressed to cassette for its lovers. House synths and grease, old skool glitch and beats, baselines that womp like a PS1 soundtrack and neons that cry acid house… Add to this a fresh marriage of hiphop and trap and we’ve got a contemporary throwback; true to new, true to cool retro form.

Lone and Four Tet might have touched on the sounds of rave and house 90s revivals (we know the 80s are hounded to death), but where they both take the sounds into post-rock pretention, The Moods keep it straight, keep it blunt. This track is adrenaline, begging for live, invoking the sweat and the heat. The Grid, 808 State, Utah Saints, all the acts that fed into what Tony Wilson might have called ‘the beatification of the beat’, all these come flooding to mind.

And the fact that it’s not just pure homage? It shines with punch drunken love. All these sounds have a place and time, sure they do, but right here there’s an ours and a now. Off the back of this single there is nothing I wouldn’t listen to – and we used to say that about UNKLE (and for better or worse I still do).